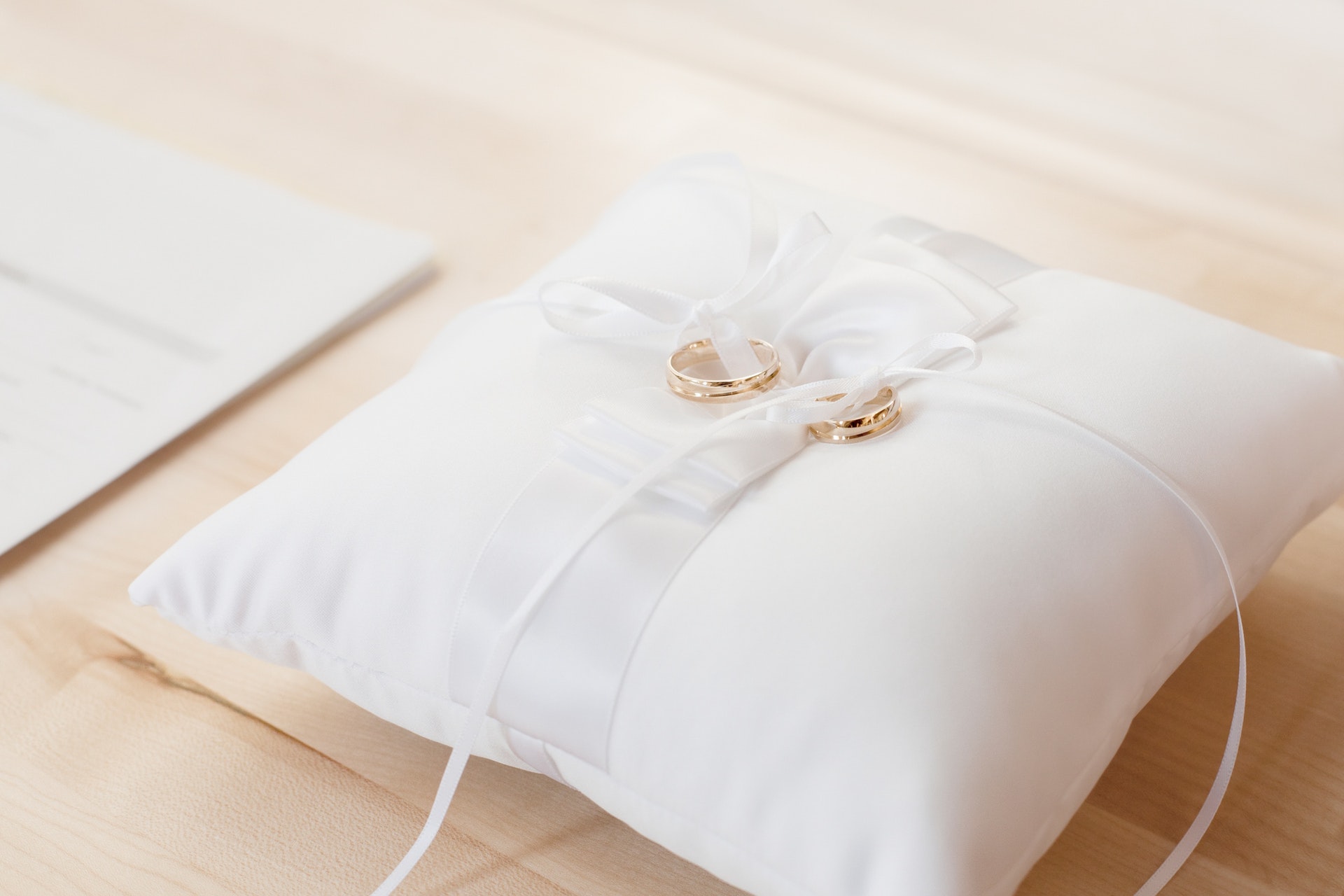 The Complete Muslim-Friendly Guide to Choosing a Life Partner

‍Is he/she the right one for me? Do I start to get serious about marriage? What if there is someone better? Or worse, what if it doesn’t work out?

These are the questions you will ask yourself after knowing someone for some time. Like any life decision, you need to take your time and think through it carefully while asking Allah for guidance.

By now, you would have an idea of your his/her strengths and weaknesses, values and principles, financial and emotional stability, and religious orientation. And with the information you have in hand, you can use to assess if they are aligned with your criteria. Start by writing and identifying the things that you are fine with, things that need improvement and deal breakers/non-negotiables.

Before diving into the details, let’s…

Understand the concept of Sekufu

Finding someone similar to you (in areas which I will share below) should be the starting point. This of course, comes after knowing that the person is an upright practicing Muslim.

Abu Hurairah (may Allah be pleased with him) narrated from the Prophet (peace and blessings be upon him) who said: “A woman may be married for four things: her wealth, her lineage, her beauty, and her religious commitment. Seek the one who is religiously committed, may your hands be rubbed with dust (i.e. may you prosper).”

But why does he/she have to be similar to you?

Married couples with compatibility issues are more likely to have a challenging relationship due to the many differences that both have. This contradicts the purpose of marriage which Allah has described in the Quran: 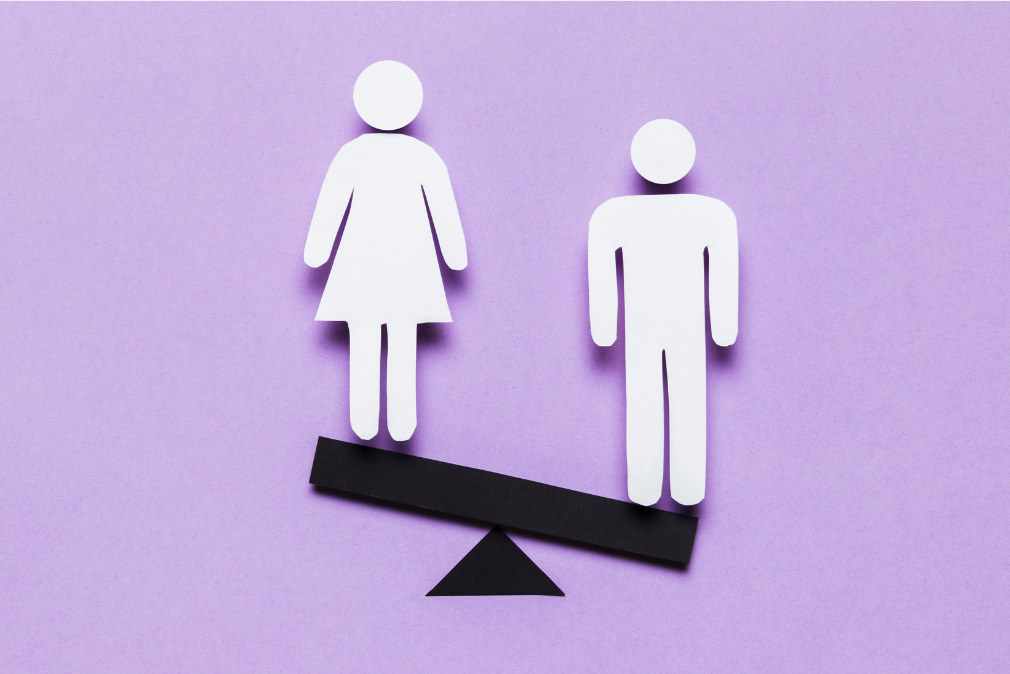 So, what are the areas that both of you should have in common (or share similarities)?

“This world is but provisions, and there is no provision in this world better than a righteous wife.”

Religion is the most important consideration for anyone to get married. But there is a wide spectrum of religiosity – one may be a practicing Muslim while the other may not, or one may be a Sunni and the other a Shi’ite.

Conflicts can occur around the interpretation of religion. Some may consider mawlids completely haram. All these viewpoints are legitimate. However, having such beliefs and marrying someone who sits on the opposite end may lead to disagreements.

Singapore is a melting pot of cultures from the different racial groups. Naturally, it contributed to the increasing trend of intercultural marriages.

Cultural differences can enhance and enrich the marriage, only when both sides value diversity and have taken the time to explore them. ‍

The ideal age gap depends on your comfort level.

Our Prophet (peace and blessings be upon him) was married to Sayyidatina Aishah and Sayyidatina Khadijah, who were separated by 15 and 30 years respectively. The wide age gaps did not prevent them from having healthy and happy relationships.

For couples, a big age gap means that the older spouse will be at a different developmental stage in life. He/she will have different perspectives and ideas as a result of the unique life experiences.

Also, the younger spouse may need to devote more time and attention to care for the older partner in their later years.

Regardless the age gap, a successful marriage requires both spouses to adjust and adapt to the changing needs of the partner.

Of the many points of consideration, education level is one of the most sensitive issues to discuss due to the discrimination faced by non-university graduates, and sometimes university graduates (in some societies, it is harder for women with Master degrees and PhD to find a potential partner and settle down). 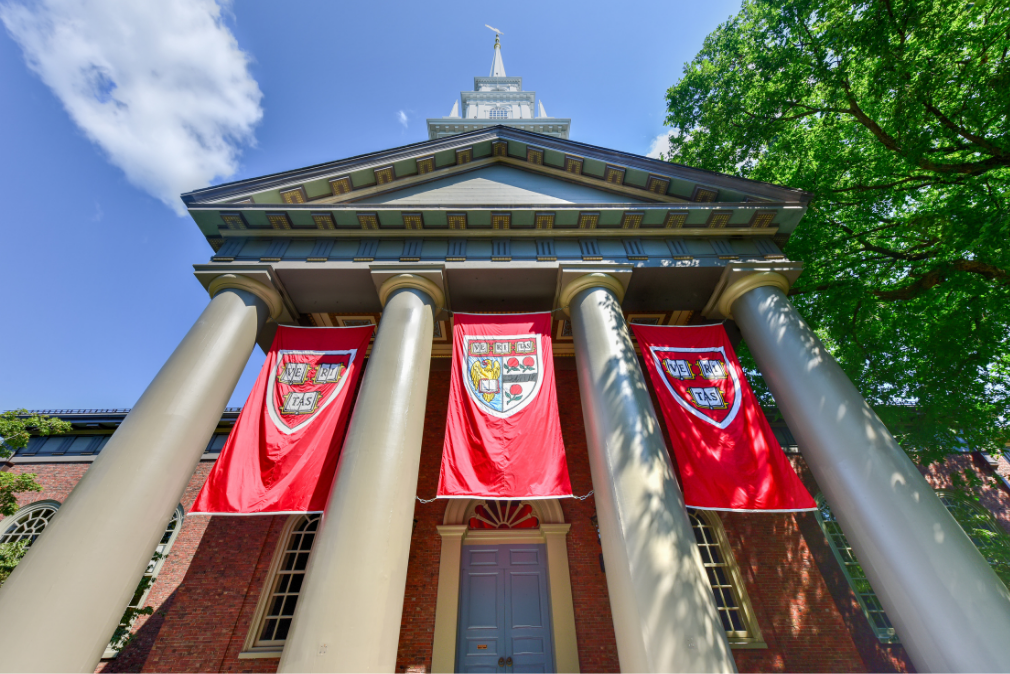 Regardless, being on similar cognitive levels with your partner will make it easier to have engaging discussions and enrich the relationship.

If your potential spouse is way more academically qualified than you, it is best to discuss together each other’s comfort level and explore the potential impact of such differences on their marriage. On that same note, the more educated partner should never dominate the other on the basis that he/she knows better.

The Prophet (peace and blessings be upon him) has never used his prophethood to pull rank or impose his authority on others and this includes his wives. In fact, he would often consult his companions and wives in matters which he had no knowledge of or required a different perspective.

Likewise, spouses should not use their educational qualifications, age, occupation, or other elements of status to control or dominate the other. ‍

Health is another sensitive topic to discuss with anyone. But given that both spouses will be spending their lives together, it is only fair that they disclose their existing conditions before tying the knot. This will allow both sides to research and understand what it will mean to live with a person who has this condition, and possibly be a caregiver.

In addition, I would highly recommend couples to undergo a full-body check-up including an STD screening before marriage.

Mental health should not be overlooked.

While health check-ups can detect physical illnesses, mental illnesses such as depression and anxiety remain undetectable unless disclosed. Therefore, it is important to be transparent in such discussions to avoid surprises later in marriage.

It is also important to know the mental health history of your potential partner’s family. If family members have mental disorders, it makes your partner more pre-disposed to developing certain mental health issues in his/her lifetime.

Moving forward, couples should set lifelong goals to support each other in leading a healthy lifestyle, and address health conditions. ‍

The first point of attraction for anyone is physical appearance. It is the first thing that you see and will tell you if the person actively puts in effort to maintain a good upkeep.

As long as your potential partner looks decent and keeps himself/herself clean, it should be good enough. It does not help to focus on the person’s physical beauty as it changes over time.

The aging process, pregnancy and breastfeeding, illnesses, hair loss, and accidents are just a few of the experiences that can significantly change how we look as we grow older.

Personality is complex and multi-dimensional. It encompasses behaviours, beliefs and attitudes which are shaped with life experiences. The goal is not to find someone of the same mould. Rather, it is to find a personality which complements yours and enriches the relationship.

Describe your temperament, communication style and how you solve problems, and see how much it differs from your potential partner. Having a clearer understanding of each other’s personality helps in managing (or avoiding) conflicts.

Historically, men took on the roles of provider, protector, and decision maker. Women on the other hand, were responsible for the home and children.

But today, the lines have been blurred.

The wife or husband may be the family’s sole breadwinner. In some cases, the wife focuses on her career while her partner becomes a house husband.

It is also important to find out more about each other’s attitude towards the neglected sunnah of running the house and doing household chores. Nobody should not think this is beneath him/her and push the responsibility to the other.

Al-Aswad reported: I asked Aisha, “What did the Prophet, peace and blessings be upon him, do when he was with his family?” Aisha said, “The Prophet would do chores for his family, and he would go out when it was time for prayer.”

The Prophet (peace and blessings be upon him) milked the sheep, sewed his own clothes, and repaired his own sandals. He did not relegate housework to his wives. Instead, he was proactive at home and took it upon himself to get things done.

The pointers that I’ve shared are non-exhaustive and serve as a guideline in helping you evaluate if your potential spouse is the right one for you.

Nothing in marriage is guaranteed – you may end up in a happy marriage or otherwise.

However, the onus lies on you to put in the effort so that you can optimize your chances of having a happy and healthy marriage. In other words, as Muslims, we put in our best effort, tawakkal and leave the rest to Allah. 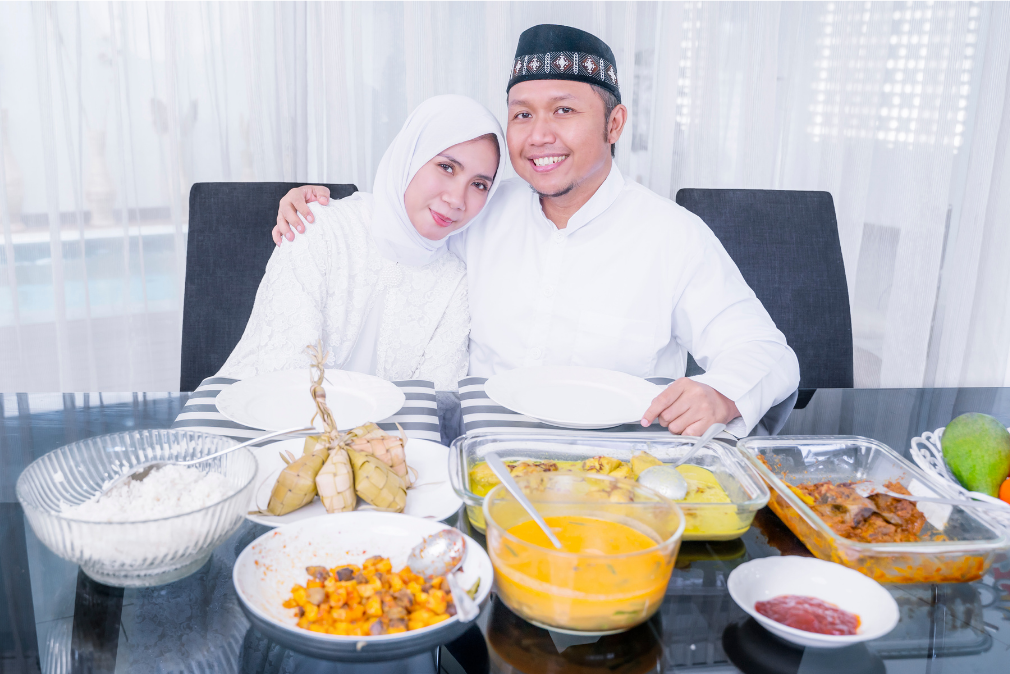 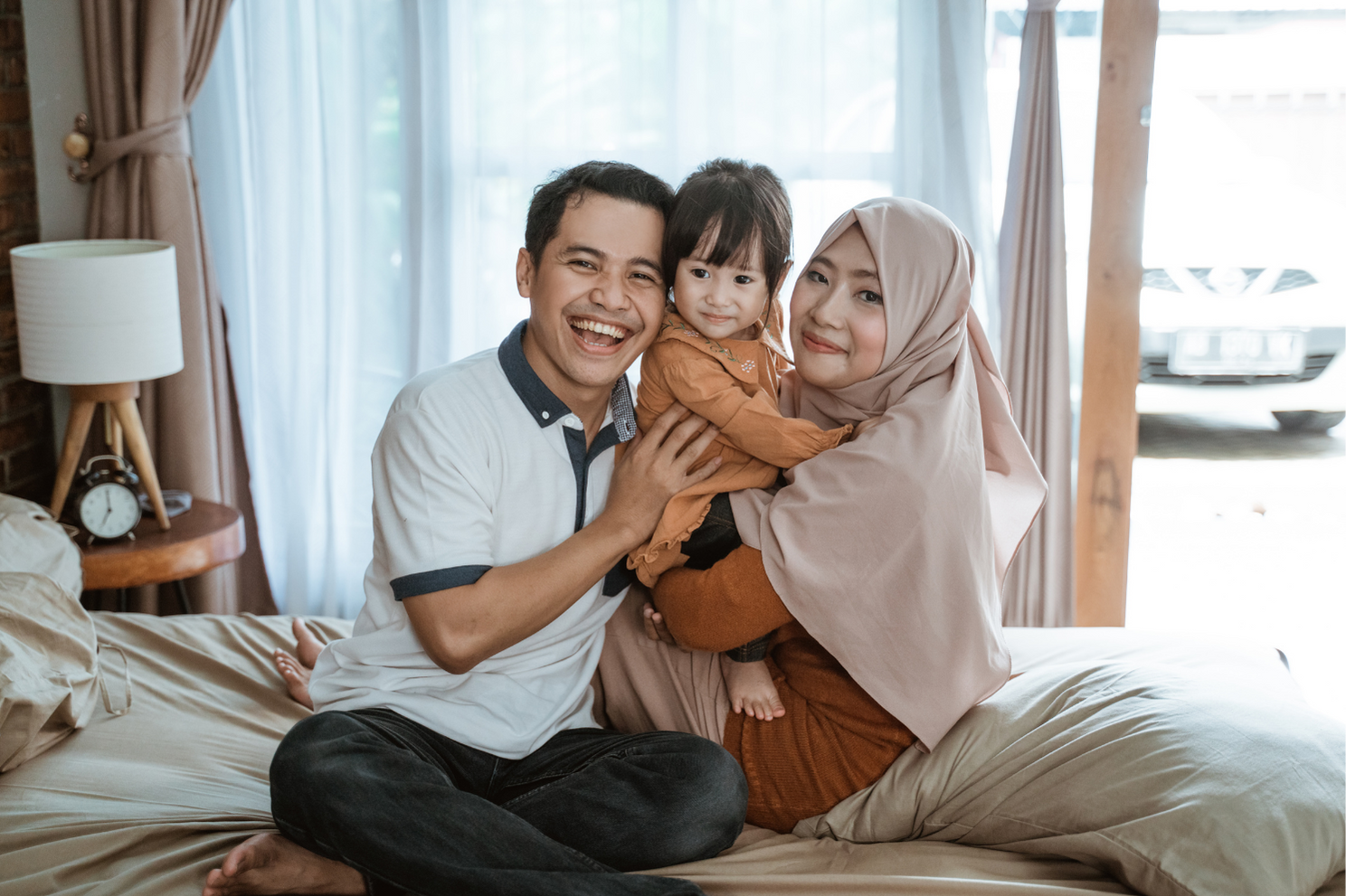 Hello and welcome. Here’s my first blog post for PeacefullyMarried. Well, not really. I’ve been trying out different blogging platforms from WordPress to Webflow and back to WordPress. So here I am, writing...

No comments to show.

Don't be shy, get in touch. We love meeting interesting people and making new friends.